Use the Telstra 4GX USB dongle (aka Huawei E8372) for 4G / LTE Internet on a Mikrotik router.

Each year, we go on a family holiday. The place we stay has no Internet (shocking, I know).

As in previous years, I brought along a Mikrotik router with an LTE device - this time a USB dongle: the Telstra Pre-Paid 4GX USB WiFi Plus.

Generally, the USB dongle is basically the same as connecting an Android device. So I’m going to focus on: 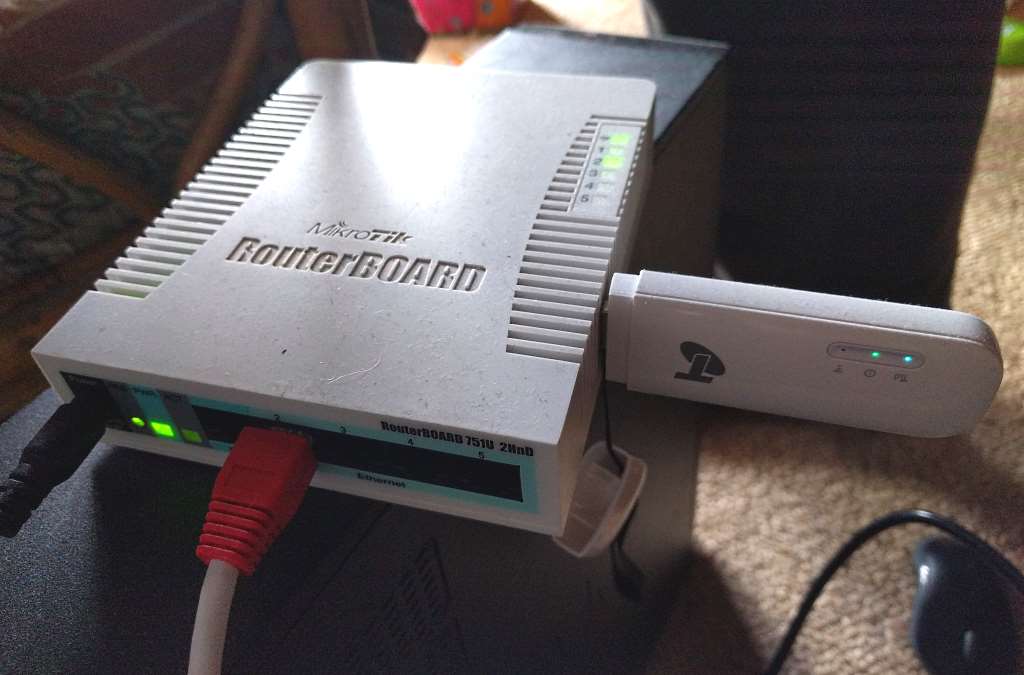 This is a rather curious device. I purchased it because it was cheap (big surprise there), and came with bonus data (10GB). But found it contained more than I expected.

I was looking for a USB dongle, plain and simple. Just something I could plug into my router and get an LTE connection.

But the dongle is actually a fully fledged router - DHCP, firewall, DMZ, virtual server, even WiFi. You connect to it and you get a private IP address from it, and then you get routed through it to the Internet.

It has a basic status page which shows connection strength and remaining data. 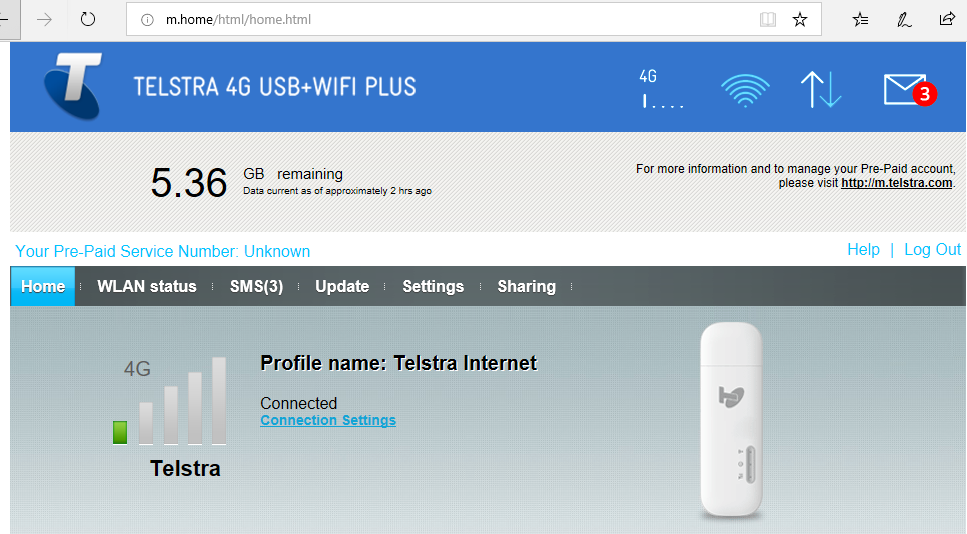 An admin login lets you access all the usual settings you’d expect in a home router. That is, a set of pretty poorly laid out pages to configure the device. 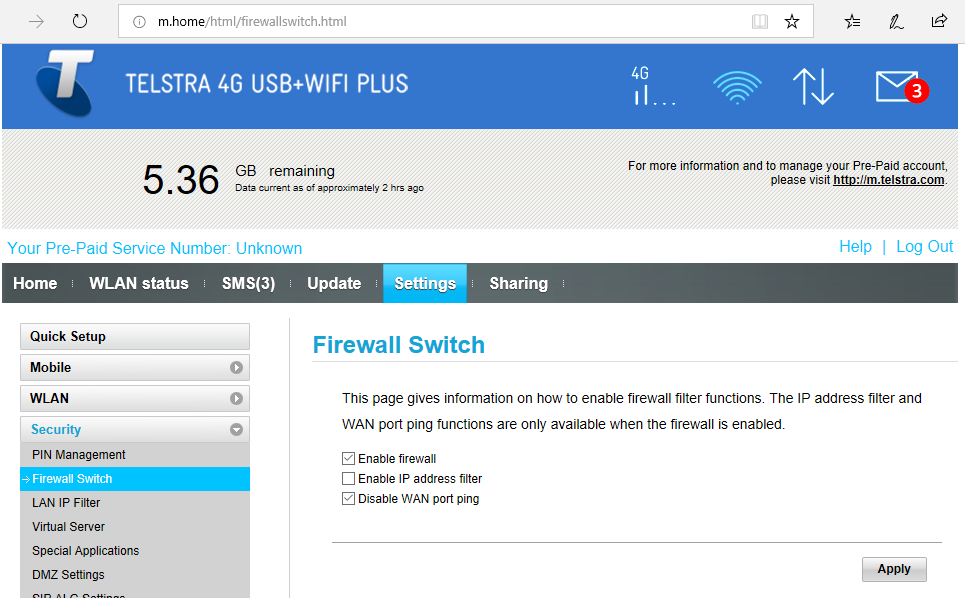 In Windows, you need install a simple driver to use the device as a USB dongle (which is available on a “CD” drive on the device). Or you can connect using WiFi, including other devices. 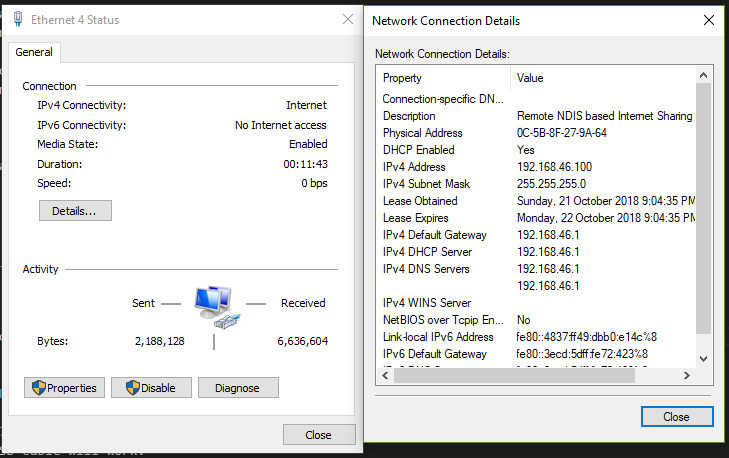 I find this a rather strange device.

If I want to connect to the Internet with a dongle, I don’t need a router, I just need a modem. I want the public IP address, not a NAT-ed connection (which is probably NAT-ed again at the carrier level these days).

If I want to share that connection with others, pretty much every operating system has a hotspot function.

I can’t run it unless its connected to a USB port - there’s no external power. Although there’s a more expensive model with a battery (and a fancy LCD).

I guess Telstra thinks there’s a market for such a device, and it works as advertised, although I struggle to understand why it exists.

My previous connection via Android had two big issues:

Double NAT is still a thing, because this is a router rather than a modem.

But the connection came up automatically after a reboot, which is better than the Android solution. Otherwise, its mostly the same.

Compared to other USB Dongles

Compared to other USB dongles, the only real difference is the double NAT. Which would rule it out for 90% of serious uses.

There are some settings for Symmetric NAT and a DMZ IP address, which might help get past the double NAT. Untested, may not work!

The dongle appears as a USB device, no surprise there.

And it appears as an LTE interface. With “minimal” functionality. 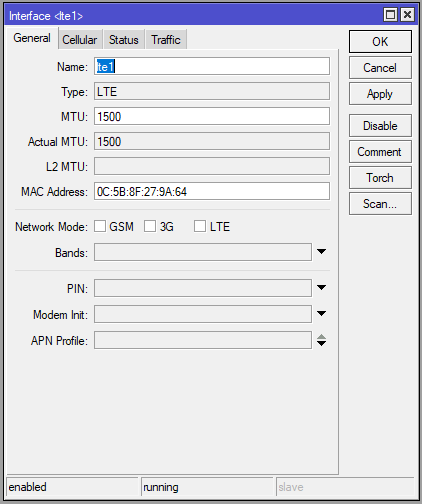 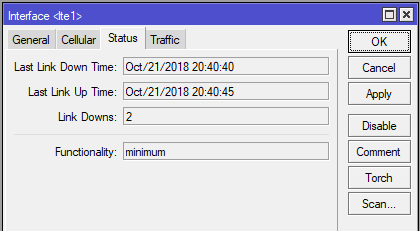 Minimal functionality just means there are no other settings exposed, not this its not working. Everything else is just like the Android setup - you have an LTE interface, get a private IP address, and a default route. No other tricky setup or surprises.

The Telstra / Huawei dongle did a fine job on my holiday. And would make a perfectly usable mobile broadband solution.

Although the double NAT is still a disappointment. And the fact you can fit an entire router into a 100mm x 30mm dongle, when a modem would work just as well, makes me wonder where the world’s engineering resources are going.