How to restore from your backup after your computer dies.

After ~7 years of use, my old Acer Aspire 4820TG laptop finally died. So I had to make practical use of my own instructions for How to Backup Your Computer.

My Acer never died completely, but it is not usable. After running for somewhere between 15 and 90 minutes, it would crash. 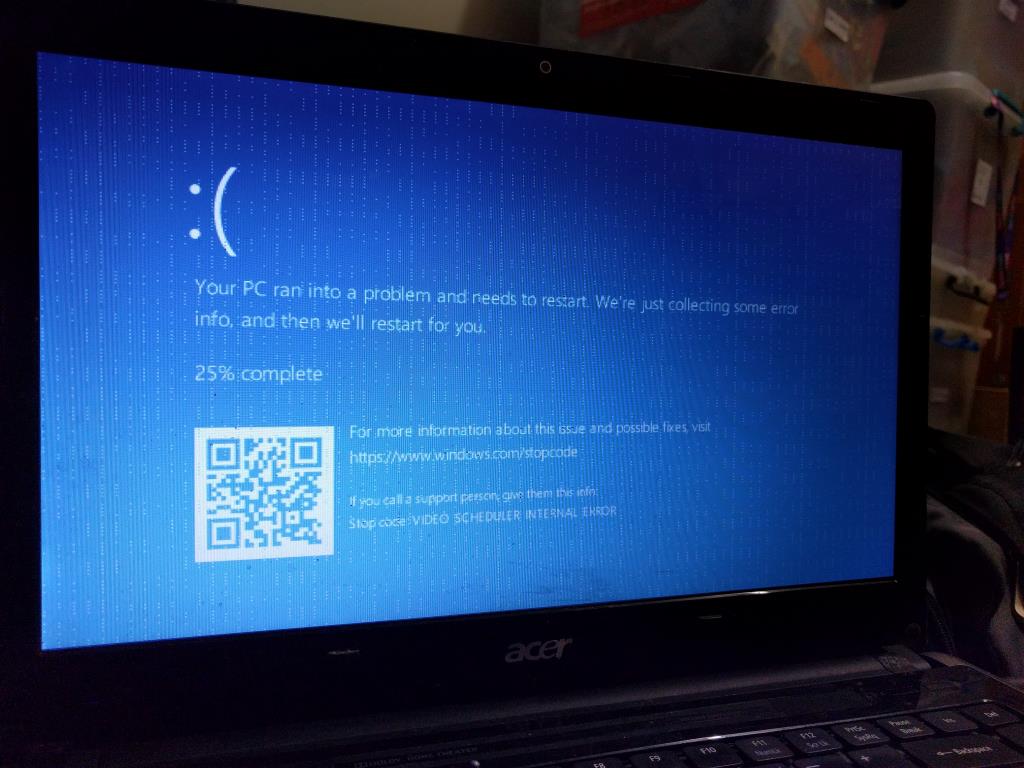 The errors seemed to relate to the video card and usually happened when it was running hot (as in, I would crash it in 5 minutes when playing any game). 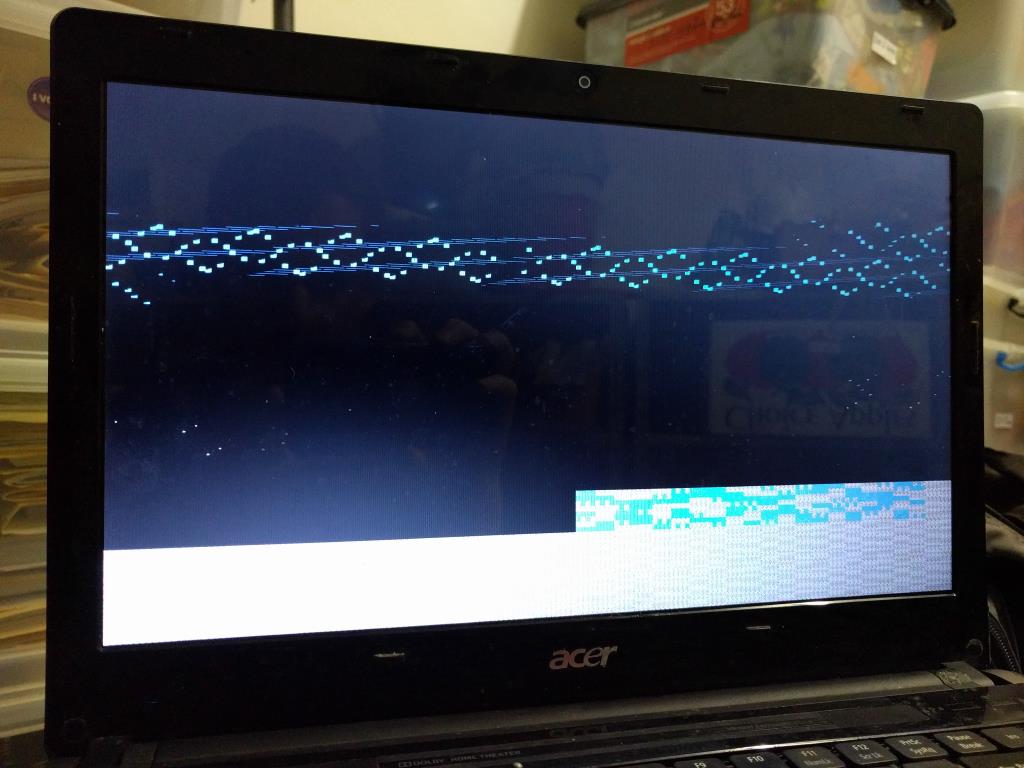 So I decided it was time for a new laptop. And that means restoring my data to the new computer.

Here are the steps I went through to restore my data to a new computer.

My immediate and most pressing problem was I couldn’t do any work. And when you need a computer to get paid, this is serious!

My phone can be used to get my personal email, even if its not as good as a full PC. And, because my mail is hosted with Google, I can use gmail.com to access it from anywhere (although it never came to that).

My paid work is mostly in my office. When I’m working from home, I use Remote Desktop Connection to connect to my work computer - which is available on every Windows PC since Windows XP. My connection to the work network is an IPsec VPN via my Mikrotik router, which wasn’t affected. I use a softphone app called MicroSIP, which needs a USB headset and a few minutes of configuration.

One day I used my wife’s laptop, and then moved to my son’s desktop for the next few days. In both cases, I connected up my second monitor. 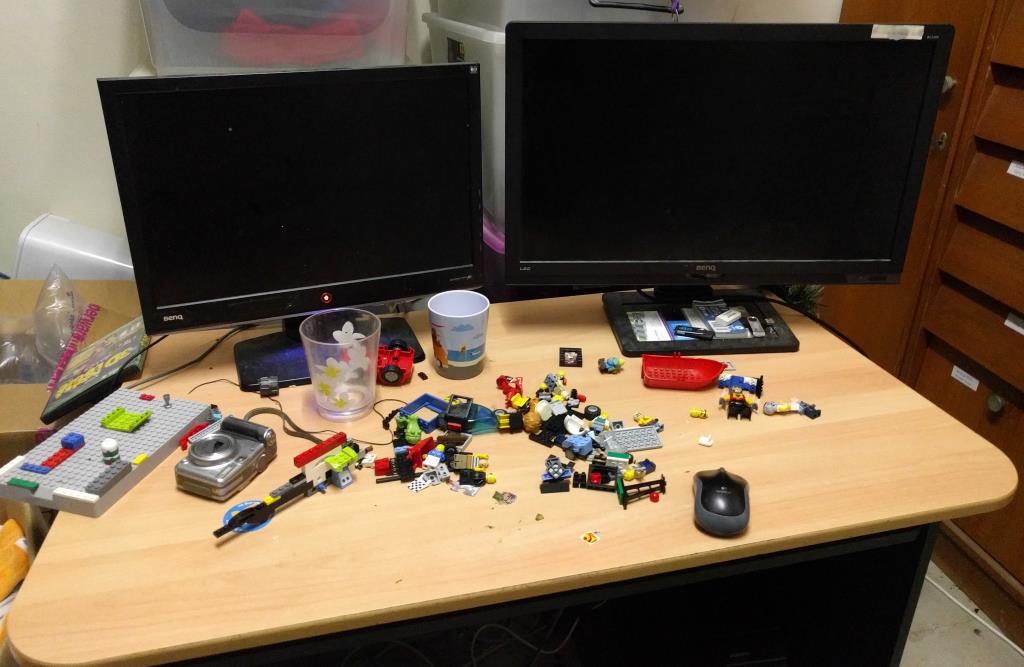 There was plenty of stuff I couldn’t do (eg: move emails out of my inbox, write this blog, work on Terninger, write parish council minutes) for a week or so, but they waited.

Once I decided my laptop was unusable, I started looking for a replacement. I found Lenovo was running a special on ThinkPads. These were available for under AU$800, for immediate delivery, and had the highly desireable feature of not crashing every 30 minutes.

Unfortunately, I had almost placed an order for the 14” model on my dying laptop when it crashed. A few hours later (after I’d attended to important tasks like getting my kids to school and answering work emails), I tried to order it again, only to find it was out of stock.

One bad point was that $800 doesn’t get you an SSD, my intention was to swap the 1TB HDD out and put the SSD from my old laptop in.

Otherwise, it’s a business laptop (albeit a low end one) so it has features I find useful:

2. Check My Backups are Working

I’ve said before that hardware can be replaced, but your data cannot. I checked my laptop backups were all OK:

As I was about to delete everything on my old laptop SSD to re-use it in the new laptop, I did a disk image of it using Sysinternals Disk2VHD. This gave me a complete and perfectly up to date backup of my old laptop (and 4 backups in total).

I started my new ThinkPad E570 up once, just enough to link my Microsoft Account to it (so that its license was in the cloud). That slow experience was enough to remind me why I always use an SSD.

I swapped the 1TB HDD out, and installed the SSD. Then loaded the current version of Windows 10 (version 1709 - the Fall Creator’s Update - had been release a week before) from scratch, destroying everything on the SSD. And waited overnight for the usual round of updates (even for a two week old OS)! 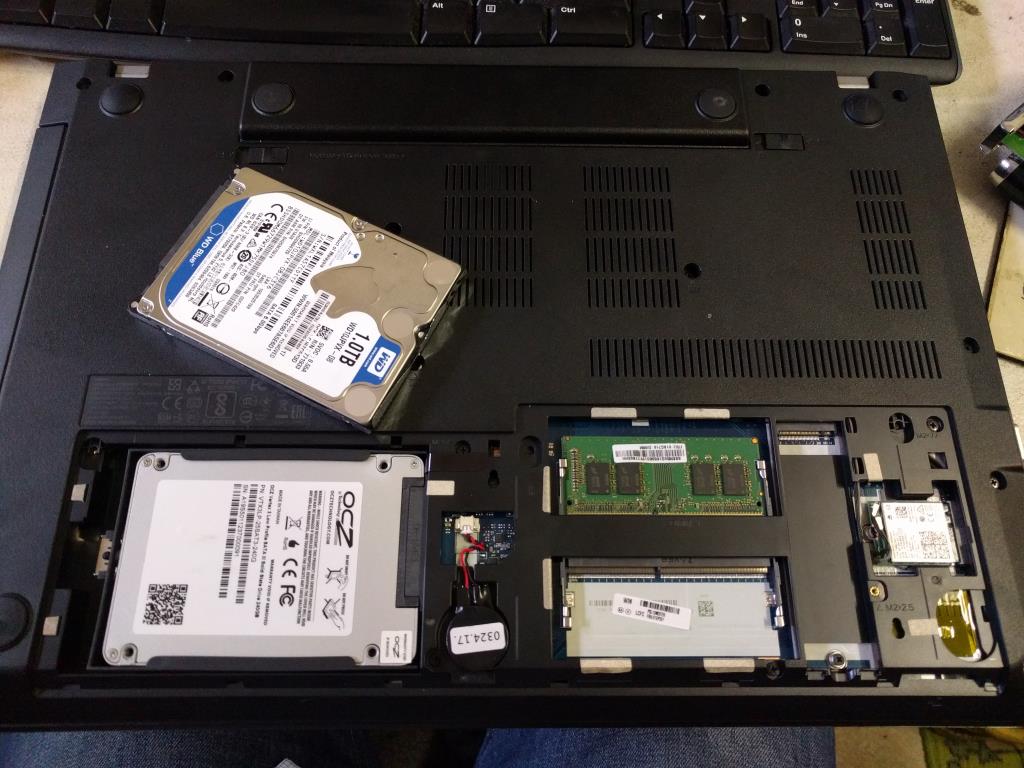 You can mount any VHD using the Disk Management MMC Snap-In -> More Actions -> Attach VHD. I tend to access it via right click the Start Menu -> Computer Management. Once mounted (over the network in my case), I used the apps from my old laptop as a guide to download and install.

The following is a list of places apps commonly get installed:

I spent a Saturday downloading and installing around 20GB of apps and updates (on and off through the day). That’s much more than most people would need - I installed Visual Studio (~8GB) and Logos Bible Software (~7GB), which make up the bulk of my downloads.

And then I needed to enter account details for most of these apps. All those details were recorded in my KeePass password database.

Although I had 3 separate backups of my old laptop, I didn’t use them. The only one I needed was the VHD disk image.

I maintain a crazy number of backups (and recommend others do the same), but my actual SSD was OK. It was the laptop it was in which had problems. Removing the SSD from the laptop meant all my precious data was accessible again!

With the VHD mounted, this consisted of a giant copy and paste of all my Documents.

I decided to make use of OneDrive for all my Documents (recently acquired from an Office365 subscription) to keep my documents, as another backup. I’m aware Microsoft can see all my stuff, but I a) prefer an extra backup over the potential loss of privacy, and b) I can still use my Local Documents for things I want to keep private, and c) I have an encrypted VHD on my computer for really sensitive things.

At this point, all my critical apps are running. KeePass, email (with certificates), web browsers, Office, Visual Studio (and other development tools), DropBox, media players,

I expect I’ll need to keep on installing extra stuff (as required). And entering account details into apps. And tweaking settings so programs do what I’d like. You never re-install everything (and you probably don’t want to either - get rid of the cruft!)

One notable drama I had was my KeyBase GPG key. My other keys were backed up and got re-imported without a problem, but KeyBase was nowhere to be found. It wasn’t in my password database, nor in my encrypted disk with my other GPG keys.

I mounted the VHD disk image and copied everything from my old GPG data folder (C:\Users\username\AppData\Roaming\gnupg) to my new computer. That allowed me to export the key and save it with all my others.

A computer crash sucks. Losing data sucks more. Restoring from backups is painful, but much better than the pain of losing data.

I didn’t need to delve into my backups (this time); I’m sure glad I have them.

Make sure you have a backup (or three). And make sure it’s working before you need to use it.