I gave two Bible talks on Easter Friday. The first, at our church’s morning meeting, was on Matthew 20:17-34 - in particular, about the cup Jesus talks about drinking “the cup”. The second, at a Words from the Cross evening meeting, was on John 19:28 - specificly where Jesus says “I Thirst”.

Both were highlighting the usual Easter Friday theme of Jesus dying on behalf of us. That is, Jesus doing something bad that we deserved so we don’t have to experience the bad bit.

But it was somewhat amusing to me that the central image in both talks were exactly the opposite: Jesus drinking a cup vs Jesus going thirsty.

The focus verse in this passage is Matthew 20:22

But Jesus answered, “You don’t know what you’re asking. Are you able to drink the cup that I am about to drink?”

Focusing on “the cup” wouldn’t have been my first thought. The wider passage is more about Jesus identifying himself as The Servent (v28) and the disciples not understanding what Jesus’ death is all about (compare the disciples reaction to v18-19 in v21, and Jesus’ correction in v25-26).

But it’s an Easter talk, so you stick to what people expect.

So, with the cup as my focus, we need to figure out what it represents. Because the passage, while giving the idea that it isn’t a good cup, doesn’t provide any specifics.

It looks like that Jesus is recalling the cup from Jeremiah 25:15

This is what the LORD, the God of Israel, said to me: “Take this cup of the wine of wrath from My hand and make all the nations I am sending you to, drink from it.

It’s a cup of wrath. A cup of God’s wrath to be precise.

Verse 16 compares it to a “sword”. And it will cause people to “go out of their mind”.

Verse 27 indicates it brings drunkedness, confusion and will cause the nations to “fall and never get up again”. “The sword” appears again as well.

So it’s a downright bad cup. Something you do not want to drink. Something which symbolises destruction, sickness, confusion and death.

Verses 18-26 list off a long number of different nations. Which seems to emphasise recipient of the cup is “the nations”. Which would be understood to be non-Jewish people, in Jeremiah’s original world.

Except the very first nation listed is “Jerusalem” (v18).

So it’s a universal cup of wrath. All peoples from all nations are to drink from it. And the result is extremely unpleasent: death.

The only hint of why this cup of wrath is being drunk is in verse 29, which speaks of punishment. But otherwise, there’s no why.

God’s wrath isn’t a popular topic. Even amongst Christan believers. (Either that or its disturbingly too popular, but lets not go there today).

Unpopular because we are the recipients of the cup. We are supposed to dring it. Because we are part of “the nations”. And we, for some reason, deserve the punishment mentioned by Jeremiah.

Now, in the spirit of our Jeremiah passage, I’m not going to answer the why question (and I didn’t in my talk either). The main point of Jeremiah and the reference in Matthew 20 is that the cup is bad.

The cup is scary, dangerous and should induce genuine fear.

But we don’t drink it.

Jesus drinks the cup instead.

In Matthew 20:17, Jesus and his disciples are “going up to Jerusalem”. This is his final journey to Jerusalem, just a few weeks before the crucifixion. And verses 18-19 show Jesus is well aware of what drinking the cup will mean.

Jesus’ journey (both physically as he walks to Jerusalem, and in terms of his mission on earth) ends by drinking the cup of wrath, when he dies on the cross.

I think Jesus is putting on a rather brave face in chapter 20. Just before he’s arrested, in the garden of Gethsemane, he expresses the pain he will shorty experience.

Jesus began to be sorrowful and troubled, saying “My soul is very sorrowful, even to death”. And going a little farther he fell on his face and prayed, saying, “My Father, if it be possible, let this cup pass from me”

Considerably more emotion and distress in that verse.

The cup we deserved to drink is snatched away from us by Jesus. So we don’t need to drink it any longer.

Jesus takes the pain we deserved and experiences it himself. So we need not hurt.

And that is the core Easter message: Jesus drinking the cup of God’s wrath which we were supposed to drink.

On Easter Sunday (aka resurrection day) its common to eat yummy chocolate eggs. In my talk, I suggested that to remind ourselves of how bad Easter Friday was we should drink some sharp tasting, sour wine. The kind of thing that makes our face grimice! 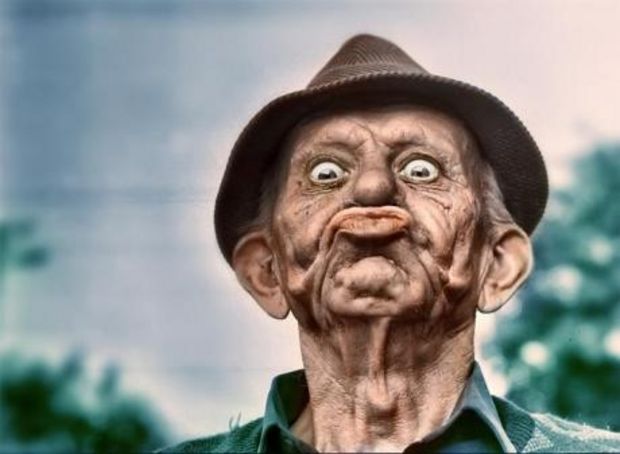 What About the Disciples

While the emphasis of my talk was on the cup and how Jesus drinks it instead of us, I couldn’t just let the disciples go.

Because they are more concerned with who gets the best seats.

They seem to take verse 18 to mean that Jesus is about to start “the kingdom” (v21). That is, they’re expecting Jesus to lead a revolution. Which a) totally misunderstands the actual words Jesus says and b) misses the point of what Jesus is aiming to do.

Easter is about an act of service from Jesus (drinking the cup). And Jesus’ correction to James and John’s request is given in v26-28:

This is a key Christian teaching: Jesus disciples (that is, people who claim to follow Jesus) must act as servents because Jesus was a servent.

Or, at a more abstract level, the behaviour of Christians must reflect Jesus’ behaviour.

The evening talk was rather different.

The Words from the Cross evening is where we have 7 talks from the 7 things Jesus said from the cross when he was dying. For me as a low church westerner, it feels way too formal and pious.

And too long. Even with the speakers asked to keep their talks to 10 minutes, the night goes for 2 and a half hours. And then we have dinner afterwards.

“I Thirst” feels rather unneeded. If it wasn’t there, it wouldn’t really matter.

Not really v28 (although if it really was, we probably wouldn’t have noticed):

Later, knowing that everything had now been finished, and so that Scripture would be fulfilled, Jesus said, “It is finished.” With that, he bowed his head and gave up his spirit.

Two reasons, one practical and one deep and meaningful.

Jesus Needs to Clear His Throat

After the ordeal of the past 24 hours (last supper, staying up all night praying, arrest, trial, beating and eventual crucifixion), of course Jesus is thirsty! He knows his end is near, and wants to make a big thing of it: “It is finished!”.

But his throat is too dry after not drinking for hours. He can’t say much at all.

So he asks for a drink. And gets on in v29 (albeit a rather ordinary one). And then says “It is finished!”.

Jesus Has Emptied Himself of Live Itself

Now that is much deeper than the practical reason! But we need to dig into John 4 to get reach that conclusion.

Jesus talks about water. Water which he gives, but will mean you never get thirsty again. Water which promises eternal life. Water which we don’t just consume, but consumes us (“springing up within him”). Jesus goes as far as calling it “living water” in v10.

This is one of those things that just shouldn’t happen or even be possible. (I think the fancy word for this is “juxtaposition”, or maybe just “what the?!?”).

Jesus has already connected water with life in v10. And I think it makes sense to associate Jesus’ lack of water as his fast approaching death on the cross.

The source of all life in the universe is about to die.

Feel the gravity of those two words: “I thirst”.

Jesus has emptied himself of living water, and indeed of his very life.

But in emptying himself, Jesus fills us with life.

The opposite images used in the two talks were interesting, as someone who gets excited about such things. But otherwise, totally uneventful.

And in no way does the opposition undermine the Easter message.

They come in from different gospels, written by different authors, targeting different audiences, reflecting Jesus in different contexts. So it should come as no surprise that different images and metaphors are used.

One very important difference to note is that the cup is about wrath and judgement, while Jesus’ thirsts is about Jesus going without. The going without part is what that the wrath from the cup looks like in reality.

Easter is when Christians remember and reflect on Jesus’ act of service for humanity, dying in our place and rising in glory.

And no matter what the metaphor used, that’s a fantastic act!